Shriver House Museum
The Award winning Gettysburg museum, dedicated to the civilian experience during the Battle of Gettysburg

The Shrivers’ Story Eyewitness to the Battle of Gettysburg is now available in “Kindle Edition”. 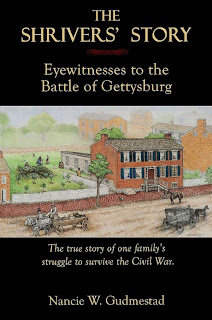 In addition the book details the trials and tribulations encountered during the restoration of the Shrivers’ home, which had been abandoned for nearly thirty years, before opening as the Shriver House Museum.